By Foodie Pat on June 4, 2019 in Delicious Destinations, On the Road, Travel Trivia

Little did we know that when we checked into our hotel on Friday nite, that the weekend celebration of Western Days in Twin Falls had just begun.  Parade on Saturday morning was soooo long and lasted 2 hours—but we were late and missed the horses.  We almost wondered the population of the town as there were so many floats, tractors, trucks and people in the parade and yet, the streets were lined with people for miles along the parade route.

Then we viewed the Perrine Bridge and Snake River (7th longest river in the US), near the excellent visitors center.  Drove to Shoshone Falls (larger of the twin falls), on to the second falls, then on the way to dinner, Roy asks, “What is that large complex?” Chobani was its name Ohhh.  Also sighted Cliff Bars Bakery—another huge complex.  What a food town—Lamb Weston (potatoes of course), Glanbia, Amalgamated Sugar (from sugar beets?) and a huge shout out for Rudy’s, a Cook’s Paradise.cooksparadise.com

Special dinner choice was Elevation 486 elevation486.com Not only was the view fantastic, menu choices and food delicious, but I have never witnessed a restaurant with so many attentive servers. King Salmon was my choice (it’s June and the salmon are running) and Roy surprised with a Farfalle Mushroom Beef Bowl. Huckleberry Ice Cream for dessert and when I asked if huckleberries grew in the area the waitress responded ,”Oh Yes!” 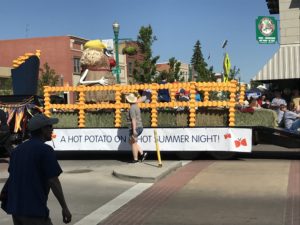 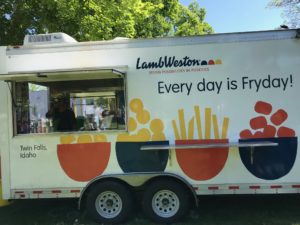 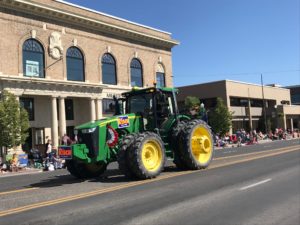 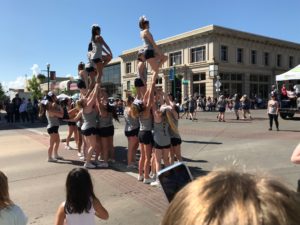 Such Energy—all along the parade route!